Have You Noticed That Bicycles Are In Very High Demand? 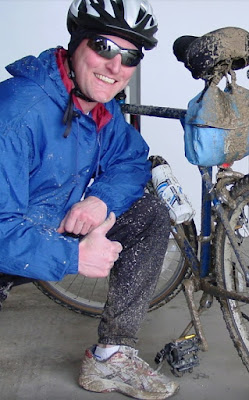 When I was running long distances (from the age of 16 to 50), my favorite cross-training method was cycling. Specifically, I liked mountain biking. It was a good non-impact means of exercising, and it worked some muscles that were not as strengthened solely through the motions of running.

My past writings in this blog have included information about my 2007 attempt to cycle solo across America; a comparison of running versus cycling; experiences of bike riding with my children; the effects of one hour of cycling; and why cycling is good cross-training for runners -- as well as many other cycling-related writings. Since the start of the Coronavirus pandemic earlier this year, bicycles have been in high demand. Many people are turning to cycling as a form of fitness since many fitness centers have been closed due to COVID-19.

A few days ago, I noticed that a Walmart nearby to where I live actually got a supply of bicycles after having empty bike racks for several months. Bicycle manufacturers are working overtime to meet demand. Bike shops are selling bicycles as fast as they get them in, and there's an increasing demand for bike repair services as people dig out their old bikes to get them ready to ride.

I reside in Indiana and according to trail counter data collected from 57 trail counters throughout Indiana, use of trails in March 2020 more than doubled, with a 108 percent increase from March 2019. Also noteworthy, the monthly total for April 2020 finished at a record high of 255,035 trail users counted, a 45 percent increase from April 2019. This is a trend that is being seen across the United States. People are rediscovering bikes.

According to the NPD Group, a market research company, cycling sales nationwide grew 75 percent in April 2020, to a total of about $1 billion in retail sales for the month. This is compared to the typical sales of approximately $550 million for the month. Nationally, the sales for lifestyle and leisure bikes grew by 203 percent from the previous year. Many bike shop owners say that they haven't seen a boom like this in cycling since the 1970's.